RURAL BROADBAND: How big a deal is this? 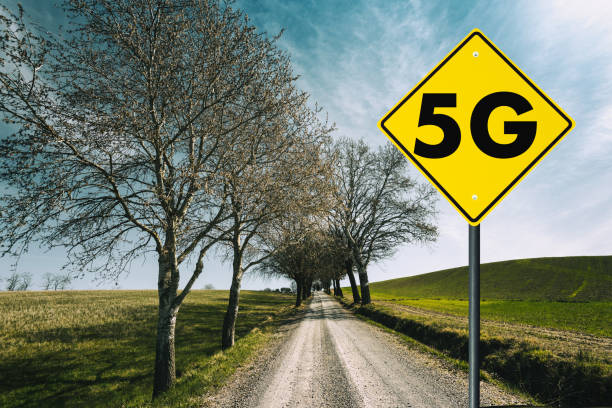 How big a deal is this?

For well over a year, we in the telecom industry have been hearing rumblings about underserved populations in the hinterlands.  At first, it seemed a distant “over there” kind of issue.  There had been some evidence that the decade-long trend of populations fleeing rural areas for the cities had started to reverse around 2016-2017. But it wasn’t a major attention grabber.  Then came COVID.

COVID is credited as the game-changer by highlighting the lack of broadband for rural areas.  The issue has accelerated into a formidable wave of need, politics, economics, and healthcare, all forming a perfect storm for a rural broadband solution.  It even gained a catchy siren-song moniker in the process, “the digital divide”.  Now, the lack of broadband for rural areas has risen to the status of unacceptable, unfair, unimaginable, and even un-American.  The facts are simple.  Rural America needs broadband for economic growth.  As people respond to tele-commuting opportunities, some important people with important jobs are showing up in rural areas…and they want the broadband access that they are used to.  Politicians of all stripes see opportunities to gain influence in rural areas and don’t want to miss the chance to benefit from the outcome, as it could expand their power base. And the telecoms need to follow and serve their subscribers wherever they go.

So, the starting point, according to George Notter, the Communications Infrastructure Analyst at investment banker Jefferies, is that the likely number of broadband unserved or under-served households in the country numbers about 30 to 35 million.  And the robust rate of upgrading those households right now is a run-rate of about 3+ million per year.  He sees about a 10-year runway to building out broadband for rural America.  And that will cost a pretty penny.

Here comes the money.  Right now, the Federal Government has begun to throw dollars at the digital divide problem.  Most recently, through an auction procedure, the FCC committed to supplementing the telecom companies to the tune of $9 Billion.  Hardly chump-change.  And the FCC is committed to a follow-on auction in the next 24 months or so of another $11 Billion.  Keep in mind here that these numbers are just the supplement.  The telecom companies will match those dollars at various levels with their own CAPEX.  In addition, there is a bill in congress as of this date (with much bi-partisan support) featuring another $80 Billion earmarked for broadband access for “rural and underserved” populations.  Now we’re up to well over $100 Billion being thrown at the rural broadband infrastructure problem.  And that may not be the end of the money.

Jefferies and The Fiber Broadband Association both agree that rural broadband is “ripe for investment opportunities”.  The competitive environment of this space in the market is being stoked.

Triggered in 2016 and then accelerated by COVID, the American population is seeing the many benefits of going “rural”, like cleaner air, less congestion, better mental health, less expensive housing, and other cost of living items.  And they can keep their great jobs with telecommuting.  But they absolutely must have broadband access.  This major trend will lift the boats of all underserved populations in rural areas and offer those residents a more level playing field in pursuing prosperity, getting educated, and receiving adequate health care.

The money is fast coming, there is a lot of it, and broadband access in rural America will improve dramatically in the next decade.  The digital divide will be closed.  Now we must do the work to install the infrastructure; it is, indeed, a big deal.