BROADBAND TAILWINDS: Where the money is 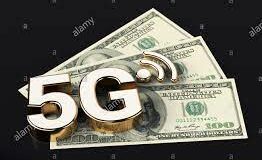 Where the money is

Back during the Great Depression in the 1930’s, an infamous bank robber emerged in the Philadelphia area. His name was Willie Sutton. Like most bank robbers, Willie eventually got caught. When he was asked why he robbed banks, his answer was surprisingly simple, “Because that’s where the money is,” he stated.

In business, it is generally a good idea to go where the money is flowing. That’s just logical. If cash is flowing to a certain market sector, there is a good chance that the rising tide of that sector will lift all the boats.

Cash is flowing to telecom infrastructure…in a big way; the tide is rising. The simple fact is that the streaming device proliferation that began less than a decade ago has created a huge insatiable demand for bandwidth and speed. ISPs started scrambling to meet all this streaming demand. That was at the beginning. Now, with the promise of everything-5G, international competitive and national security pressures, COVID related explosions of Work-From-Home online demands, and the fuller realization of deficiencies in rural broadband access, financial resources are coming to the rescue.

In the private sector, the big and medium telecoms have committed to enormous capital expenses (Capex) to build out broadband networks for competitive advantage. They want to preserve existing customers and attract new ones. Companies like T-Mobile, AT&T, and Verizon are locked in a broadband war and spending on broadband infrastructure, much of which is fiber-optic based. There is a consensus that the gold standard of broadband delivery is optical fiber. These big telecom companies and the tier 2 and 3 companies below them are spending billions of dollars to secure their position in broadband networks. In fact, industry leading consultants, RVA Market Research and Consulting, say that the big telecoms will spend $60 Billion on just fiber to the home (FTTH) in the next 5 years alone. Essentially, they are compelled to do so if they want to survive and thrive… and they are convinced they will make money on that commitment.

This is a complicated reality for the telecoms because even the biggest among them have limits to their financial resources. The big three have been further strained recently by being essentially forced into bidding for C Band (mid band) spectrum from the FCC. This spectrum is ideally suited for extensive deployment of 5G networks and Verizon (the biggest bidder at over $45 Billion), AT&T, and even T-Mobile who was in the best position for C Band after buying Sprint, have all spent billions of dollars for this mid band spectrum.

Now, those same companies need to figure out where the additional money comes from to actually build out that spectrum. This will require some creativity and some public fund support as well. An example of creativity would be the 15,000 small cell deal cut between Verizon and infrastructure-builder Crown Castle (CCI). Crown Castle’s business model is to build dark fiber, towers, and mini towers and lease that equipment out to those in need, like Verizon. This can work for both parties. Verizon spent big on C Band and can use a company like CCI to build what they need, avoid the Capex, and lease back from CCI. This will help offset the debt they issued to cover the C Band expense. AT&T is reported to be leaning into a strategy of using some of their C Band to acquire big profitable business customers, allowing AT&T an efficiency, perhaps, over some more heavily residential-oriented providers.

And a big player is fast emerging as a cash source…the federal government. Through many programs and agencies, tax dollars (and auction proceeds) are beginning to flow into the broadband sector. There is enormous pressure on the Feds to fund broadband. Tele-medicine promises to cut medical expenses, better 5G coverage will likely bring a stronger, more complete economy and even add to national security, and funding for rural broadband access is hugely supported in a bi-partisan way. So, the FCC is administering incentives through programs like RDOF (rural broadband) and E-Rate, The Agriculture Department is funneling broadband grants to farm communities, COVID relief packages contain billions of dollars for broadband infrastructure, and new stand-alone legislation like The Affordable Internet for All Act of 2021, is fast coming…and promising another $94 Billion to the cause.

Corporate spending for the inside plant (ISP) response to the technology explosion will be dramatic. Right now, in efforts to seek a competitive edge, industrial and campus-oriented entities are studying the path to the kind of connectivity that will drive extreme data management, autonomous manufacturing, and instant communication capabilities. This causes telecom engineers to explore DAS, 10G PON, WiFi6, and 5G antenna integration (to name a few) to seek the best, most affordable custom solution to meet the coming technology.

Through many paths and via public and private entities, billions upon billions of dollars are fast flowing to the broadband space. The many sources, entities and agencies make the surge in funding complicated and at times confounding to fully grasp but, for this decade, it seems this is where the money is. We all need to figure out the best ways to participate in the boom. It is worth thinking through carefully.

How might this affect us at BbI? Big telecoms need infrastructure but will also be a little cash-strapped after the C band auction. So, we would do well to try to find inroads to firms like Crown Castle who have funds and will assist in that buildout. E-Rate funding is set to expand by $7 Billion on the most recent COVID relief package and another $2 Billion on The Affordable Internet for All Act of 2021 possibly soon to come. Corporate spending on ISP will likely enter a new paradigm…we need to fully understand where that is going. Next is the push for more rural broadband spending. This is a very big push and finding ways to provide services to that market will likely bear fruit. Funding for others “left behind” like inner cities may also see much funding directed to it in coming months…if you listen to the politicians. And let’s not forget the 1200 tier 2 and tier 3 telecom players…the pressure to update and expand their networks is substantial as well.

Hockey great Wayne Gretsky used to say, “Skate to where the puck is going to be, not where it was.” Let’s watch to see where the money in broadband is going to be…and meet it there.